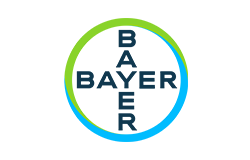 For a pharmaceutical substances plant, the existing operator control and monitoring system, which also served to co-ordinate the lower-level controls, was replaced by the ProLeiT Plant IT system (Direct IT, Aquis IT). The existing control level AEG A500 was retained and the SIMATIC S7-400, included as standard in the ProLeiT process control system, were used as coupling units for data transmission to the operator stations and the ProLeiT PLS servers.
In course of a further project, ProLeiT implemented the automation of a large fermentation plant based on Plant Direct iT.
The automation solution is coupled to the factory-wide EBRS system (Electronic Batch Recording System).
A comprehensive functional specification phase preceded the project.
ProLeiT also implemented in the process control of the TAR (thermal outlet air cleaning) processes for several pharmaceutical active ingredient plants at Elberfeld. The Plant Direct iT process control system and the Plant Acquis iT data management system use redundant PC-based servers and a lower-level Simatic S7-400 controller. The project was executed as a re-engineering solution.