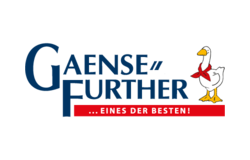 The syrup room of Schloss Quelle Gaensefurther was converted and its automation system retrofitted. The purpose of the project was to undertake a classical modernization without interrupting production.

Despite floor renovation work taking place at the same time, the two inline mixers could be sucessfully reconnected - followed by the 6-component mixer and finally the short-time pasteurizer. During this phase, various plant sections, including the CIP, tank farm, beer filling plant and the water house, had to be operated on the basis of provisional solutions. The batch system installed by ProLeiT contributed to a significant reduction of throughput times for syrup preparation and thus helped to increase productivity. In addition to the implementation of a consistent batch tracing system up to the water house, an interface for the future connection of the ERP system was integrated. The system installed at Schloss Quelle Gaensefurther is already the second of its kind realized by ProLeiT on behalf of the Wüllner Group.